The human skeletal system is comprised of 206 bones. Many of the bones form moving joints. There are also several hundred miles of muscles, ligaments, and tendons. The bones provide the body structure but the ligaments and tendons provide the attachments necessary for the muscles to contract and relax. 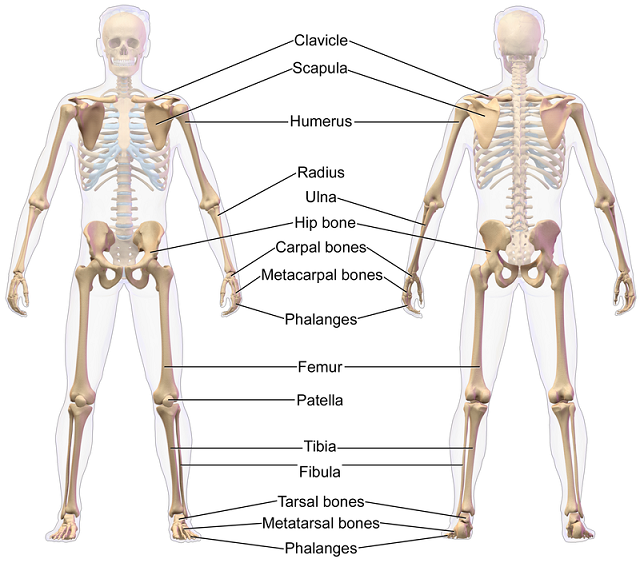 The skeletal system obviously has its own medical terms. The chart below lists the root words for some of the medical terms you’re likely to encounter.

Get ready! Below is a list of common medical terms you’re likely to encounter for skeletal conditions, diagnoses, treatments, and procedures. We will include a printable version of the list later on this page.. 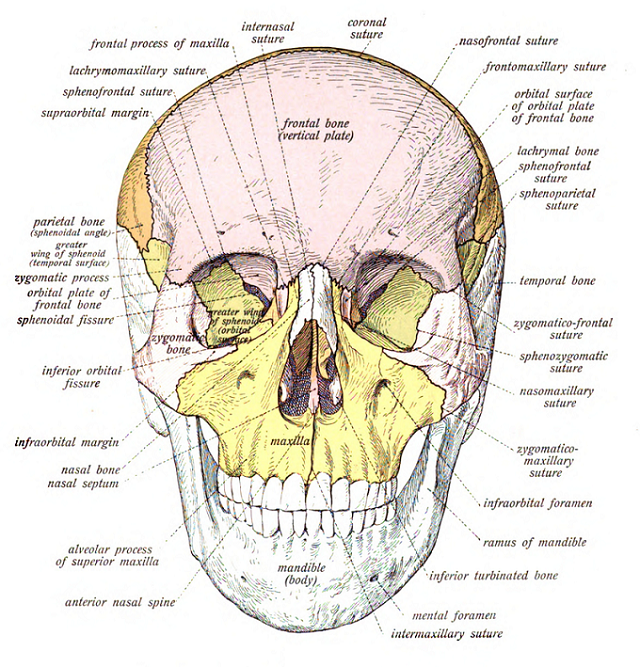 The cranium or skull contains the eight cranial bones. These include the frontal bone, two parietal bones, two temporal bones, the occipital bone, the sphenoid bone, and the ethmoid bone.

The middle ear bones are often overlooked because they’re so tiny. These bones include the malleus, the incus, and the stapes. Obviously there are two pair of each bone, one for each ear.

The thorax starts with the collarbone, which is technically called the clavicle The collarbone connects the sternum or breastbone to each shoulder blade (scapula.) Below the thorax are 12 pairs of ribs. These include 7 pairs of ribs directly attached to the sternum, 3 pairs of ‘false ribs,” and 2 pairs of floating ribs.

The hip bone is also called the pelvic girdle. This large bone supports the torso and joins with the femur (thigh bone) and sacrum. An adult pelvic bone consists of three pairs of bones fused together – the ilium, the ischium, and the pubis. The diagram below shows the pelvis of an adult male. 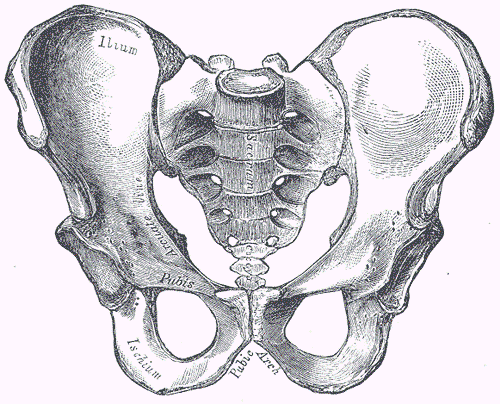 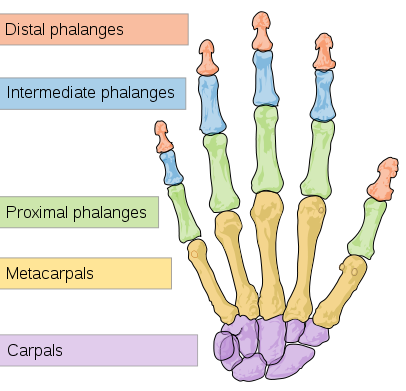